Holding the primitive charm of Southeast Asia, Cambodia attracts the tourists and foodies who are eager for the flavorful and unique culinary experience. More and more Cambodia culinary tours are operated daily to popularize the highlights of the cuisine in Cambodia out of the national border. The Khmer foods win foodies’ praises for the mysterious taste and delectable nuances linked to the nation’s history and culture. 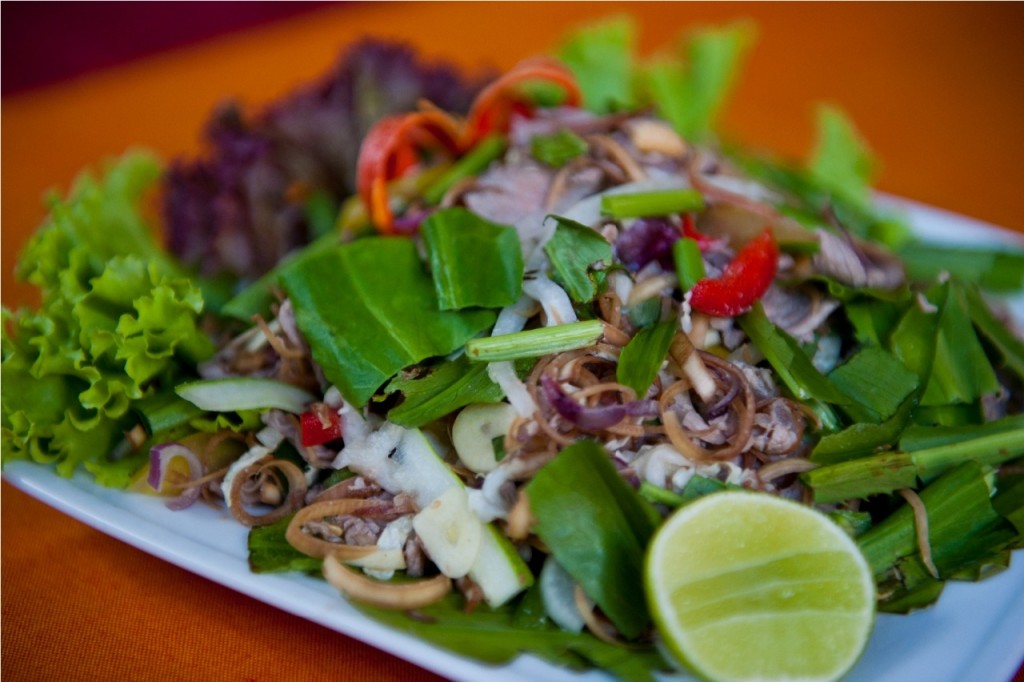 What You Must Know about Cambodian Cuisine

Called Cambodia cuisine generally, the Khmer cuisine is the traditional cuisine of the Cambodian people who preserve their culinary merits regardless of the world changes. The original meals here include more than one dish and have the contrast flavors as well as textures. There usually use lots of leaves, herbs, edible flowers, pickled vegetables, dipping sauces, etc.

The predominant food in this enigmatic country is rice, which can be consumed every day and with all meals. The techniques to cook rice are powerful enough to make the varieties of the indigenous Khmer rice have the different flavors. For instance, the sticky rice in Cambodia is often used as a dessert and served with the sliced tropical fruits such as durian or mango and coconut milk.

Another version of rice in Cambodia is in the form of the street snack. The deep-fried rice cakes with spinach can be consumed for breakfast, and the rice noodle soups are popular in desserts. What’s more, the daily meal usually includes a bowl of plain white rice and a plate of the grilled freshwater fish in combined with plenty of salad leaves, seasonable herbs, and vegetables.

Siem Reap is the most popular destination in Cambodia that is involved in the cooking tour, in which tourists enjoy foods in Cambodia and learn how to cook some of them. After being served the local breakfast, the foreign guests will have a short tour of Siem Reap markets and relish any food they like, from seafood to noodle and snack; the delicate Khmer snack is called prahok.

Whether or not you are on a tuk-tuk, explore the market and if possible, stop by some appealing restaurants or street vendors. You may also pass through the Khmer villages and Angkorian Temples on the way you head to the preferred food stalls that sell the frogs stuffed with an aromatic curry paste and the unique Cambodian beer. When the palate is fulfilled with some of the most typical dishes of Khmer cuisine, it’s time to join cooking.

If you prefer the hands-on cooking experience, click here for Cambodia customized tour, in which you can customize the tour to learn how to cook the local delicacies. The cooking session may take place at the Khmer villages, homes, restaurants, or vegetable gardens. In Siem Reap, the most popular places of Khmer cooking class are Raffles Grand Hotel, Sojourn, Tigre de Papier, River Garden, Hariharalaya Retreat Centre, and D’Angkor.  It’s your choice! In fact, there are lots of tips and tricks to put into practice while cooking the Cambodia foods.

Once the foods are ready to be served, enjoy what you have cooked to know if you are a potential cooker. At the meantime, the chefs will give you some of the finest Cambodian dishes included in the tour itinerary. Let’s customize a foodie tour to Cambodia today!