Being a laid-back country, Laos enchants the tourists worldwide via its quiet beauty, enigmatic history, and exclusive cuisine as well. The taste, color, and fragrance of the foods you find in Laos promise to make up a different culinary story. If having a good appetite for Laos cuisine, why not explore it right away? The foodie tour to this enchanting country has been operated for connoisseurs out there. 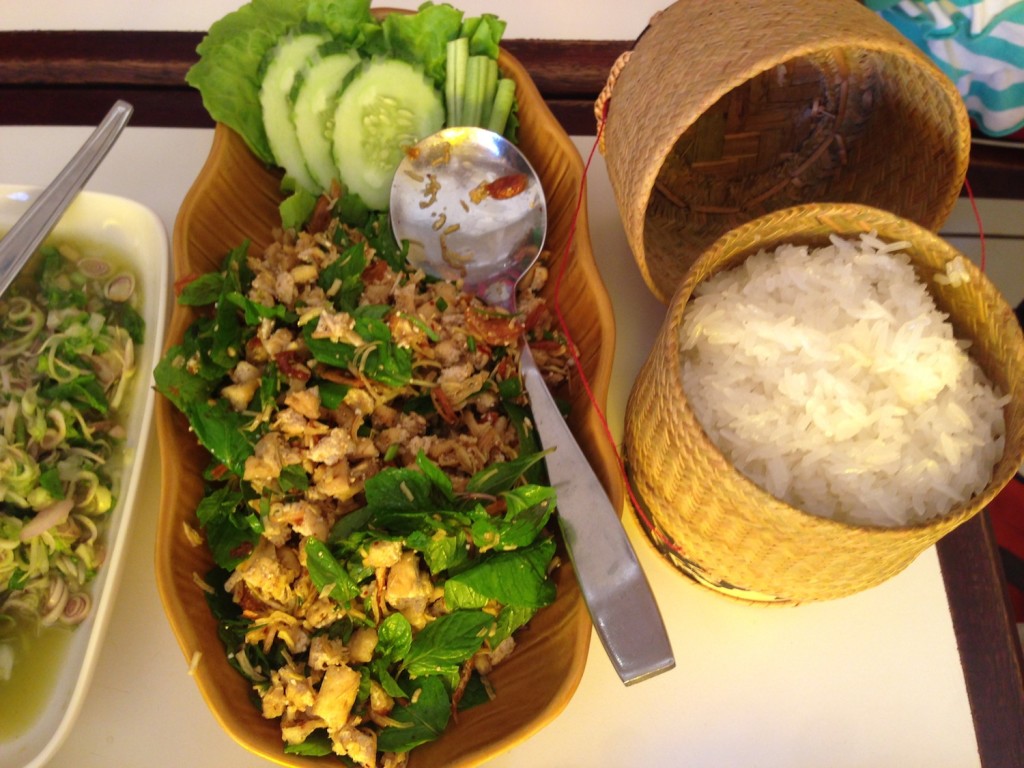 A Small Talk about the Cuisine of Laos

Laos cuisine remains distinctive from the cuisine in any other Southeast Asian countries. You may find that the staple food in Vietnam and Cambodia is rice, in general. But more specifically, the major food in Laos is the steamed sticky rice eaten by hand. Factually, the Laos people consume more sticky rice than any other people in this planet. You can understand it in this way: sticky rice is the irreplaceable essence in Laos.

About the most important ingredients for cooking in Laos, they include galangal, lemongrass, and the fermented fish sauce (called padaek in Lao language). And, if you continue asking for the most well-known Lao dish, it is laap (sometimes also spelled larb). Laap is the spicy mixture of the minced meat or fish combined with many kinds of herbs and spices. Another not-to-miss food in Laos is papaya salad. The other famous names are Mok (the steamed fish or chicken in banana leaf packet) and Pon (the paste of the smashed meat or fish, most delicious used with the fresh vegetables).

The regional variations of Laos cuisine are numerous that makes it rich enough to surprise the gourmets worldwide. But, in some aspects, the French legacy still influences this nation’s cuisine. In Vientiane, baguettes are sold popularly on the street, and the French restaurants are quite popular in this capital. 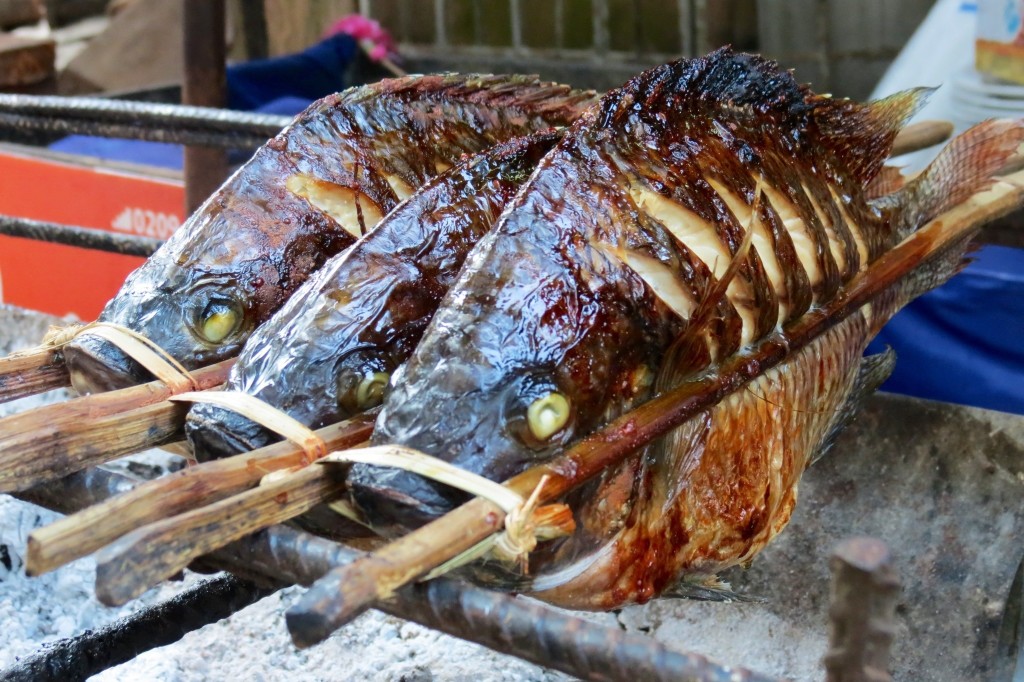 Whether you choose to study the Laos cuisine in Vientiane or Luang Prabang, the culinary tour to these two big destinations guarantees you to get plenty of authentic knowledge and experience. After enjoying some of the symbolic foods in Laos, you may feel ready for the cooking classes.

Laos customized tour encourages you to customize the foodie trip that fits your culinary preference. There may be some foods that you really want to eat during the tour; if so, just let the operator know, and they will add your preferable foods to the menu. In this way, you find no discomfort throughout the culinary journey. Click here to contact the Laos Tour Operator to customize your trip !

Then, know that the cooking classes in both Vientiane and Luang Prabang can be operated in either morning or evening. That is your decision to make a plan and book the preferred class. Before cooking, enjoy the short excursion at the local market where to buy some ingredients and listen to information about them. Note down the significant points for the later practice. Of course, the Laos sticky rice will be present in the cooking recipe. And if you are the vegetarians, tell the tour operator, they will change the cooking recipes to meet your taste.

In a word, during the culinary tour to Laos, you can both eat the best Laos foods and learn how to cook the preferred dishes. Whatever the interest, let the operator know so that they customize this foodie tour according to your words.